Selecting a name for a new baby can be a daunting task for many new parents.  Some select names that have been in their family for generations, while others name children in honor of favorite historical figures or literary characters.  But one new arrival in St. Charles County has a very unique meaning behind his moniker – an Ambulance District.

After being sent home from the hospital earlier in the evening, Alexa Lamm realized just after midnight that her baby was coming very soon.  Knowing they did not have time to make it from their home in O’Fallon back to hospital where she’d planned to deliver, her husband, Justin, dialed 911 and followed the dispatcher’s instructions on how to care for his wife until first responders could arrive.

“Charles is for the two wonderful St. Charles County Ambulance District Paramedics who came to our rescue that evening, and Justin is for my husband, who did an amazing job that evening as well,” said Alexa, “they came into such a stressful situation and took complete control, doing so with confidence and compassion.  We’ve said several times this week that they’re ‘Charlie’s Angels’!”

Sizer and Kohlenhoefer’s efforts were supported by several others that evening – Ambulance District Battalion Chief Brian Schnelle and the crew from Wentzville Fire Protection District Station 4 all lent valuable assistance on the call.

“For Alexa and Justin to honor our efforts in such a profound way is deeply humbling,” said Sizer, “this is one of the calls that we’ll never forget.”

Charlie marks baby number three that Sizer has delivered throughout her 25-year career, and number four for Kohlenhoefer, who has spent 17 years in emergency medical services. 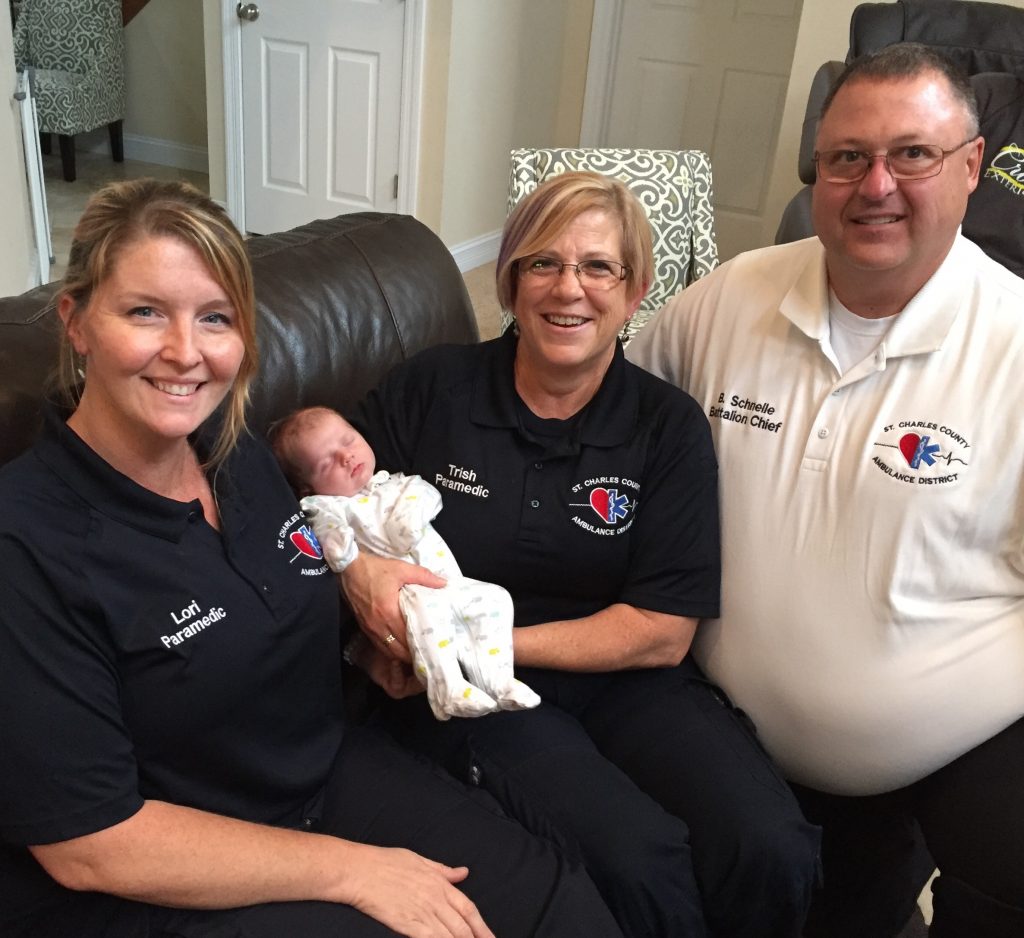