The new stations will open this month, and are located along Mexico Road just east of Sonderen Street, and along Highway P just west of Highway M.  Each will be staffed around the clock with two Paramedics ready to respond to medical emergencies.  This infrastructure enhancement does not increase the number of ambulances on the street in the District, but rather repositions assets to provide better coverage for the community.

“Given the expanding residential footprint in northern parts of the city, we felt it was important to place a unit further up Highway M,” said SCCAD Chief Taz Meyer.  “Equally important to us was getting a unit positioned south of I-70, where the majority of calls in this zone occur.”

Call volume in this core area of O’Fallon has grown considerably in recent years, essentially doubling between 2005 and 2017.  Last year, SCCAD Paramedics responded to more than 4,400 calls in this zone alone.  In total, the District responded to nearly 40,000 requests for service in 2017.

The new stations, built at a cost of approximately $1.25 million each, are capable of housing multiple ambulances or other District assets, such as utility terrain vehicles or disaster response trailers.  The buildings incorporate a number of features that enable them to remain up and running in the event of a disaster: 600-gallon potable water supply tanks and generators capable of powering the facilities for up to two days without refueling.

Until now, the District has operated an ambulance station along East Terra Ln. – the north outer road of I-70.  For more than a decade, the station has housed two ambulances due to the high volume of calls in this portion of the county.  Congestion at and near the intersection of I-70 and Highway K has made the location of this station increasingly problematic, and planned one-way outer roads along the highway will further impact response times.  By separating and repositioning the units, the District expects to avoid said issues.  Following the emergency units’ relocation, the East Terra facility will be repurposed as a hub for SCCAD’s non-emergency transfer division. 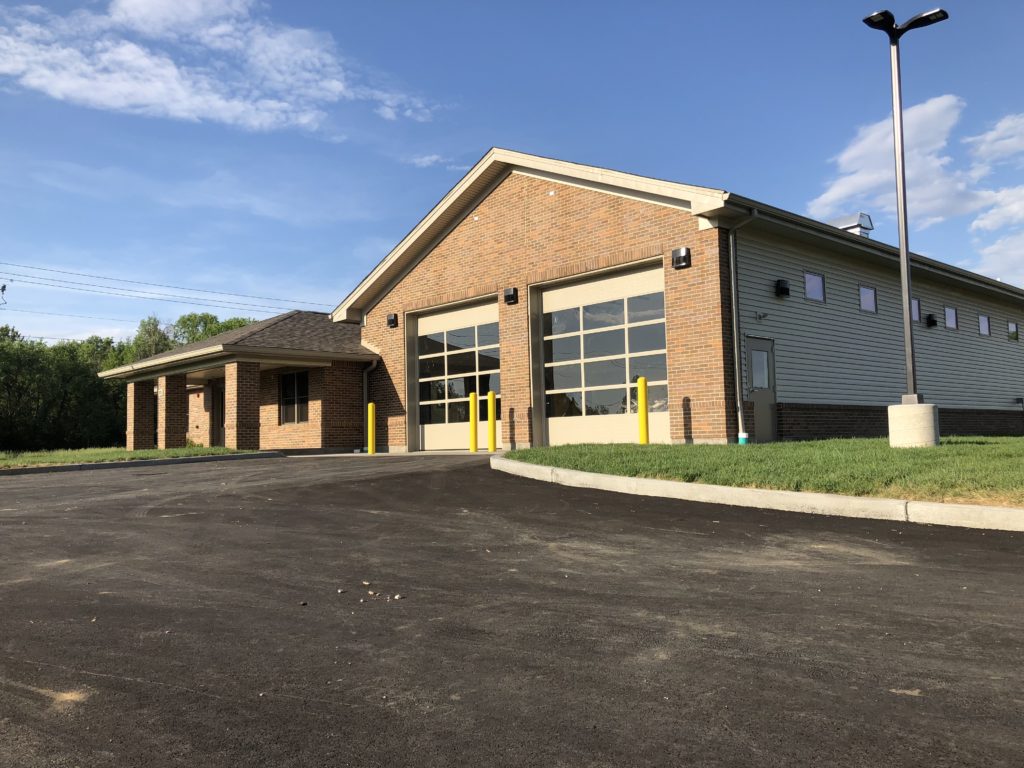